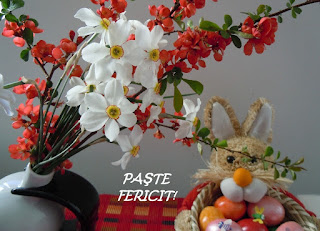 I have no wit, I have no words, no tears;
My heart within me like a stone
Is numbed too much for hopes or fears;
Look right, look left, I dwell alone;
A lift mine eyes, but dimmed with grief
No everlasting hills I see;
My life is like the falling leaf;
O Jesus, quicken me.

Of the pre-Islamic, Gandharian heritage of Afghanistan, the colossal statues of the Buddha (175ft. and 120 ft.) cut into the sandstone cliffs of Bamian were the prized exhibits of the land, that drew countless viewers from all over the world. On March 21, 2001, however, they were razed to the ground. This was the handiwork of the ruling fundamentalist regime of the Taliban. They chose to make a statement to the world against all “idolatrous” images through the complete, albeit laboured, demolition of these two magnificent, fifteen-hundred years old monuments of faith and serenity that Chinese travellers Fa-Hsien (400 AD) and Huan-Tsang (630 AD) had observed and recorded with awe.

To break a Buddha or two,
is on the agenda of these
mountain-goats with curly
beards and killjoy eyes.

It takes them some time,
but they kick and they
butt with black  hooves and
horns and keep bleating
in unison till dusk

at his presumptuous
sermonizing in the middle of
the desert though by proxy
through loaded signifiers
of crafted stone, sand-blown
whispers of Dhammapada
verses.

And that, while towering a few
meters just toooo tall over their
narrow shoulders like a bloody
colossus, as a Roman consul
called Cassius had once said,
deeply scowling about the upward
mobility of his king of kings.

And, by
God! dropping those millennial
sermons left and right like names
at dinner-table conversations,
sermons that have no business
to be there at all as statements
or minutes or in any shape or form
to add to the protracted silence
of the desert air and to smother
haltingly the echoes

of bazooka and other incendiary shells
that gnaw into the night, break into
the bodies of saint or sage or prince
or just your smirking roadside yokel

with no major  stakes at all in kingdoms
of any kind, subject to the claims
of death , disease and age beyond
the  brief lessons that time will teach.

They kick and butt with metallic
hooves rudely blunted and  cracked,
their horns askew, triggering sparks.
“Goats will be goats,” is the apocryphal.
cry;  for the dust to settle they give
no time.

They grunt with the pain of disbelief,
the hatred of natural wholeness in their
hearts, their anger hammering against
the wide-eyed, witnessing rock-face
of Bamian as it crumbles into wisps
of rasping wind over the mottled earth,

the hammering that persists
like the heartbeats of the damned
at the appointed hour, till nothing
palpable is left of the Tathagatha’s
visage and uplifted palm blessing
the wilderness of hearts with not the least
of mortal conditions.

His eyes forever lowered turn
further inwards poised over
the silk-route, the crossroads
of pain
and human forgiveness.

Against a cliff of ancient
memory, north-by-north west,
tall and very still,
a shadow
of  a  shadow,
smiles
in the moonlight.