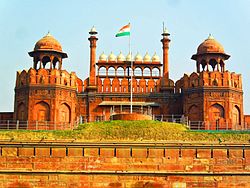 MEDITATION  ON  AN  IMAGINARY  ANTHOLOGY

17. 12. 83. Delhi, D5
True way to love and hate is poetry, through Radha, or, otherwise, through modern verse pushed by politicians. Some answering ghost-compassion  to previous meditations in surplus. Poetry-contemplation, poetry-action. Different from earthly muddy conflicts.
Avoidance of poetry – hate for poet. Pretensions of tensions. Rimbaud, isn't enough excellency to be free to see a movie? Hunter of poets, poetry murder keeling a poet-two, many-all. Logic of poetry and killing isn't unknown. Lyrical explosions are opposed to killing explosions.

21. 12. 83, D5, Delhi
Hearing about death of a poet, the language of thought returns to ritual of powerful silence. On 13 December 1983, poet Nichita Staneascu passed away. We evoked his poetry in our class of Romanian language. We translated his last poem signed by him, Towards Peace. It is more shanti than pax.
Translator translates poet as wood-cutter. Forest of symbols correspond with forest of non-symbols. Wood-cutter thinks to Savitry without translation. How silent Yama is taking-giving life there.

From Wikipedia, the free encyclopedia

Dodii
Invocations, 1966, first poetry book published by Anca, includes already a title, „Dodii”, dedicated to V. G. Paleolog, Brancusologist. Gorjul literar magazine published in 1977 his dramatic poem Măiastra în dodii. Later on, in Ibsenienii III, a chapter is called Dodism. Ioan Ladea creates from distance (note...) an imaginary dialogue with George Anca evoking passionately the dodii, as longings, sad and discrete smiles, which dissimulate into a soft humor, into a timid uncertainty which wants to hide the intimacy of which is embarrassed. Once, the dodia animates itself, as some unknown flying insect, pretending it left native place to see the world, and that dodia would help finding the lost way of return. (January '999). Beyond such tool, the vivid actualization of home troubles makes room to a “patern of world”. (7) In monograph Anca, Marian Popa reads his entire work as a system of dodii, extended to literary and philosophical doctrines, especially to chaos at Friederich Schlegel. In first instance, „As seen, dodia is a synonym or proximate genre for dodge, dotage, whiplash, to talk wet, to talk widely, without rhyme or reason, to be out of one's wits, to play the giddy goat, quips, nonsenses, rubbish, to twaddle, and in possible relation to: “flip-flap, Maritso” (Anca)”. (p.13). “The dodii are initially limited to language; It's conceivable the extension to actions and situations involving the volitional, the existence of a tangible goal, corporal, instrumental actions.” (p.15). “In the broadest sense, it may be considered dodii any deviations from the denotative expression and from the logic of the first syllogism. There is, for example, the opinion that literature under totalitarian Communism was one of the essay and poetry, saved by Aesopism and “the speaking in dodii” (Adrian Alui Gheorghe)” (p.17) The growing dodii tacit “method” may have been noticed more or less by chance, from first book, received encouragingly but also as sibilant (note); the second one, Eres/Heresy upgraded perception to parasitism. “Absolutely undecipherable is the volume of Gheorghe Anca – Eres” (8) “It can be deciphered in the verses of George Anca a kind of exaltation in front of esoteric uttering, of unusual imagistic delirium, fascination of a game 'in dodii', out of which he tends to make, actually, a kind of personal aesthetics. His attempt to restructuring of the real into a flux of fragmentary, insinuating images results otherwise, not rarely, into a gibberish which simulate reflexion” (9). Anca found India quiet happy with the dodii, and felt, poetically, sheltered and quiet, embracing Indology. “In his sharp new voice, Anca is pungent, discordant, airs disillusional passion and brevity of human life. He is at his best in two epitaphs titled 'what can we do sergiu welcome to irk ever' and ' the parents are still oppressing the young mares our sister in the meadows by' “. (10)
“ The concepts represented in these works by Sanskrit words indicate firstly, that they have a universal appeal and secondly, that the use of Sanskrit terms, instead of equivalents from other languages, is meant to convey this universal appeal. Personally, I feel amazed at the remarkable similarity of rhythm and tune as noticed in Dr. Trikha's rendering of a Romanian song and its Sanskrit translation” (11)