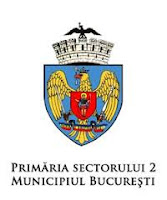 A CORDIAL INVITATION TO ATTEND THE 9th ICPNA
FROM DEC 17 TO DEC 21, 2017
AND SHARE YOUR VISION ABOUT
SCIENCE, SPIRITUALITY AND UNIVERSAL HARMONY

June 13, 2017
Dear friends,
I am writing this to you again three months after my first announcement informing you that the 9th International Conference on Peace and Nonviolent Action would be held in Jaipur from Dec 17 to Dec 21, 2017 and that the theme for discussion this time is Science, Spirituality and Universal Harmony.
I feel a sense of exhilaration in letting you know that the responses to my invitation are overwhelming and highly inspiring. A large number of people from across the world including spiritual leaders, professors, peace and nonviolence activists, scientists have stated that they would like to join this extremely significant event.
Frankly speaking science has multiplied man’s capacity to destroy and annihilate. It has heightened his drive to establish supremacy not only over nature but also over his political adversaries, communities and states. There is a gnawing feeling that despite unmistakable evidence of material progress something critical is missing. This critical factor is happiness. All human endeavour has only one goal i.e. to secure happiness and peace but sadly instead of peace science has become an instrument of holocaust and genocide. It is precisely so because man’s spiritual development is not commensurate with scientific advancement.
Man’s inner world is said to be infinitely infinite. Only self-illumined seers and rishis have been able to fathom it. Let us now concentrate our energies and intelligence on exploring this world which has the key to human happiness. Let us heed what Albert Einstein said, “Everyone who is seriously involved in the pursuit of science becomes convinced that a spirit is manifest in the laws of the universe.” Sir Isaac Newton also realized the limitation of science when he said, “Gravity explains the motion of the planets and comets but it cannot explain who sets the planets in motion …… does it not appear from phenomena that there is Being incorporeal, living and intelligent.”
My view is that the mystery of the ultimate reality can be unraveled only if both spiritual leaders and scientists sit together and share their visions. Dag Hammarskjold, the second Secretary General of the United Nations made the new famous declaration “unless there is a spiritual renaissance the world will know no peace”.
9th ICPNA is a humble attempt to create a global awareness of the need for a spiritual renaissance. Come ! let us join hands together to make this dream came true and explore how science and spirituality help us in our quest for global harmony, how meditation, prayer and the desire to recognize the divinity in each of us inspire us to create a freer, safer and better world. To enable you to experience inner joy we have also arranged for special Preksha Meditation sessions every morning. A detailed brochure will reach you soon.
I once again request those of you who have not yet decided to attend the 9th ICPNA to be held at Jaipur from          Dec 17 to Dec 21, 2017 to accept my invitation.
I look forward to hearing from you,
Yours sincerely,
Dr. S.L. Gandhi
International President
Anuvrat Global Organization (ANUVIBHA)
B01-02, ANUVIBHA JAIPUR KENDRA
OPP. GAURAV TOWER, MALVIYA NAGAR – 302 017
(RAJASTHAN) INDIA
PH: +91-141-4049714 | 4050991 | 2525829
e-mail : slgandhi@hotmail.com  |  web : http://www.anuvibha.in